On Wednesday 10 June, Caroline spoke on behalf of the Liberal Democrat Group on a motion about the proposed super-prison in Dagenham.

The proposal came out of the blue for local residents who were led to believe that the London Riverside regeneration area would lead to new housing and local community facilities.

"It was unbelievable that the Government announced this site for a super prison, even though it had not even featured on a list of possible sites obtained under the Freedom of Information Act. The local community needs to be properly consulted on this and to decide if a prison should feature at all in the plans to regenerate this site owned by the London Development Agency," commented Caroline Pidgeon AM.

Last Tuesday Caroline Pidgeon, along with Walworth resident Jeremy Leach, went up to the top of the new Strata Tower at the Elephant and Castle, a massive 43 storey building which has been growing by a storey every week for the last year! The building is in Newington Ward, the area Caroline represents on Southwark Council.

The views from the top were incredible, making landmarks on the London skyline - such as the London Eye and Canary Wharf - look almost small! The next stage will be the installation of three wind turbines on top which will produce energy for the building.

Caroline Pidgeon, the Liberal Democrat London Assembly Transport Spokesperson, commenting on the temporary extension of Oyster Pay as You Go to most train services across London, said:

“If Oyster Pay As You Go can cover most train services in London for 48 hours, why not everyday? Londoners have today been given a glimpse of what should already be a reality each and every day of the year.

“This is simply a devastating report for the architect of the Public Private Partnership contract – Gordon Brown.

“It is unforgivable that as much as £410 million of taxpayer’s money has been wasted. The PPP deal that was forced on Londoners by Gordon Brown has been totally exposed as a bad deal for both taxpayers and for passengers. 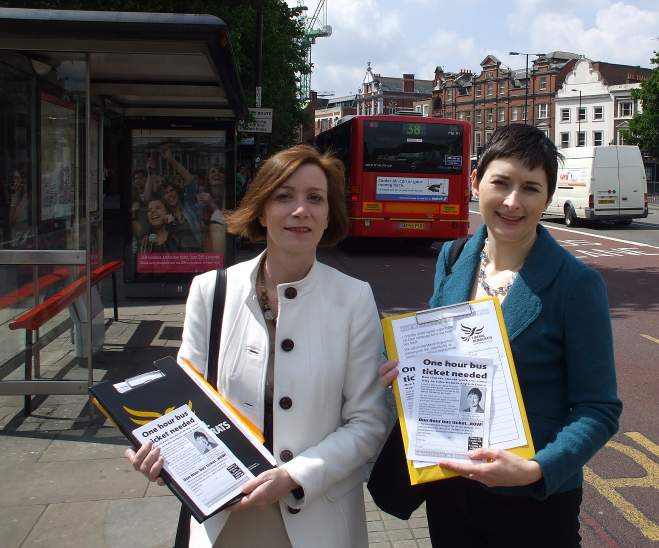 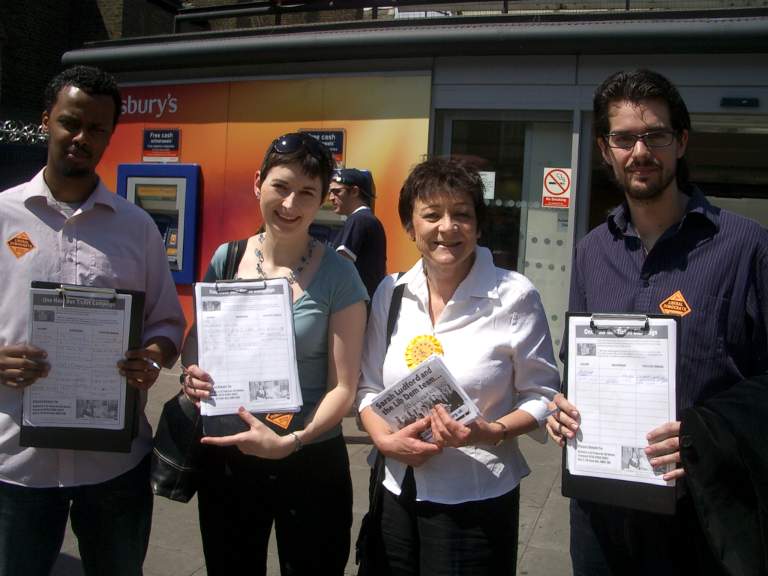 Caroline took the London Liberal Democrats' campaign for a one-hour bus ticket to Islington last week. She joined Lib Dem Parliamentary campaigner Bridget Fox to talk to local residents about the campaign, and to ask them to sign a petition to the Mayor.