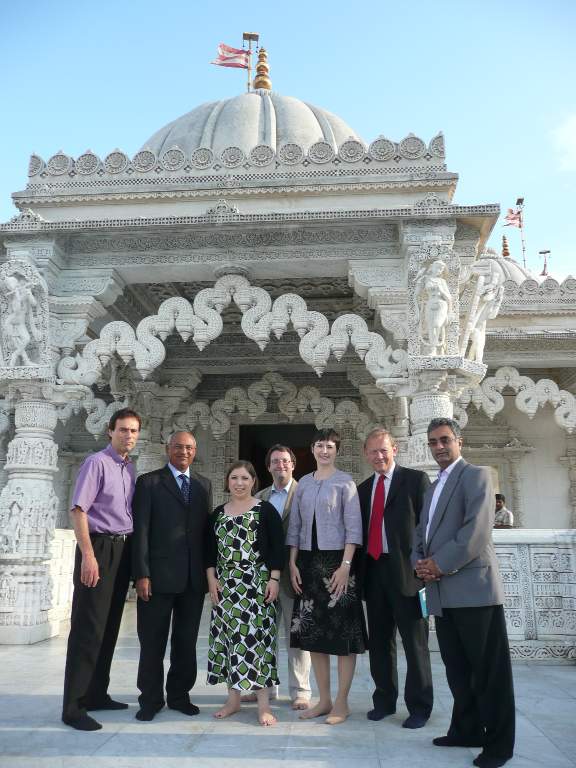 Caroline Pidgeon AM has joined Brent Lib Dem MP Sarah Teather and the local Liberal Democrats to campaign for better buses for Stonebridge particularly along Brentfield Road. The 206 and PR2 services which currently serve the area don’t run very often and sometimes don’t even turn up at all. With lots of people coming from outside of Stonebridge to visit the shops such as Ikea and Tesco as well as the world famous Swaminarayan Temple the current links are simply not good enough for local residents and those who use the Temple.

Local Liberal Democrat MP for Brent East Sarah Teather said “So many local people have told me how unhappy they are with our bus services especially on Brentfield Road. That is why I am urging local people to sign my petition to Transport for London calling for a better bus service for our area.”

Caroline Pidgeon appeared in the South London Press this week, highlighting the wastefulness of buildings in Catford owned by Transport for London which have remained empty for more than 20 years.

Liberal Democrat councils have the best record of any political party in supporting the growth in car clubs across London.

This week Transport for London granted £1 million of funding to support the growth of car clubs across London over the next years. Less than two thirds of London boroughs actually applied for funding (19 out of 33 boroughs), yet all seven Liberal Democrat councils in London rose to the challenge and successfully secured funding for their boroughs.

73% of respondents to the Liberal Democrat survey highlighted that overcrowding was unacceptable or so bad that they could not board the tram.

The Lib Dem survey included over 1,000 tram users at 12 tram stops across Croydon Central in the early mornings between 9th and 13th February.

In response to questions from Caroline Pidgeon, the Mayor of London has confirmed that a month ago the amount owed by the US Embassy for unpaid Congestion Charges was just under £3 million (£2,941,500). In the last month the debt has almost certainly passed the £3 million figure.

Caroline Pidgeon said:
“The amount now owed by the US Embassy to Londoners is staggering. The money, far from being insignificant, would make a real difference: for example funding miles of new cycle routes or numerous improvements to pedestrian crossings.