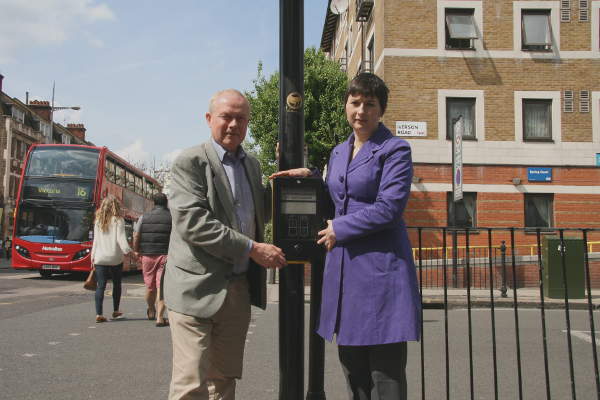 Caroline Pidgeon, Lib Dem Leader on the London Assembly, has joined Kilburn and West Hampstead Lib Dems in their campaign for a safer Kilburn High Road for pedestrians and cyclists.

Kilburn High Road is one of the most dangerous streets in Camden. Shocking new statistics report there were 144 collisions on the High Road in the last three years. 45% (65) of these incidents involved pedestrians and cyclists, with 19 people killed or seriously injured.

However, Transport for London and the local Labour-led Councils (Brent and Camden) are making slow progress on long-discussed plans to make improvements to the High Road. A regular complaint is how hard it is to cross the road in time – the “Countdown” system doesn’t give enough time for pedestrians. This is the responsibility of the London Mayor Boris Johnson, and Caroline Pidgeon has been pushing him to improve pedestrian crossings for years, to give elderly people in particular more time to cross the road. 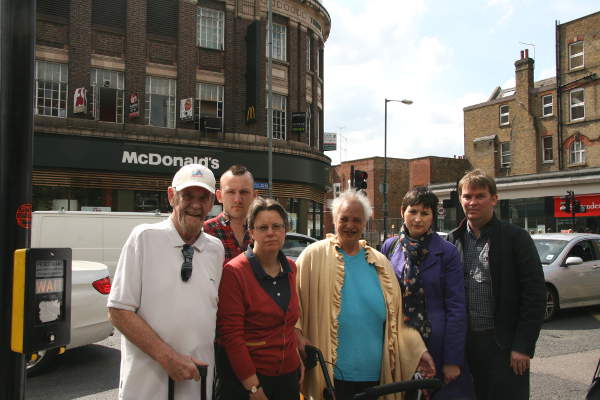 Caroline says, “Too many crossings across London do not provide enough time for pedestrians to cross the road, and I was disappointed to see that this is a big problem on the Kilburn High Road”.

Meanwhile, there isn’t enough space for pedestrians walking down parts of the High Road. This is partly because of street clutter, and also because some shops extend well beyond their boundaries, which the Council has completely failed to tackle. Kilburn Lib Dems Janet Grauberg and James King are pushing for tougher enforcement action by Camden’s trading standards team.

Kilburn Lib Dem candidate Jack Holroyde, who is a keen cyclist, has been highlighting some of the problem areas for cyclists, particularly turning right from Maida Vale into Kilburn Priory.

Cllr Keith Moffitt, Lib Dem leader on Camden Council says, “There are lots of changes needed to improve safety on the High Road, but Kilburn seems to be at the bottom of the priority list for the Tory Mayor and the Labour Councils. That’s why Kilburn needs stronger, local voices following the May elections”.