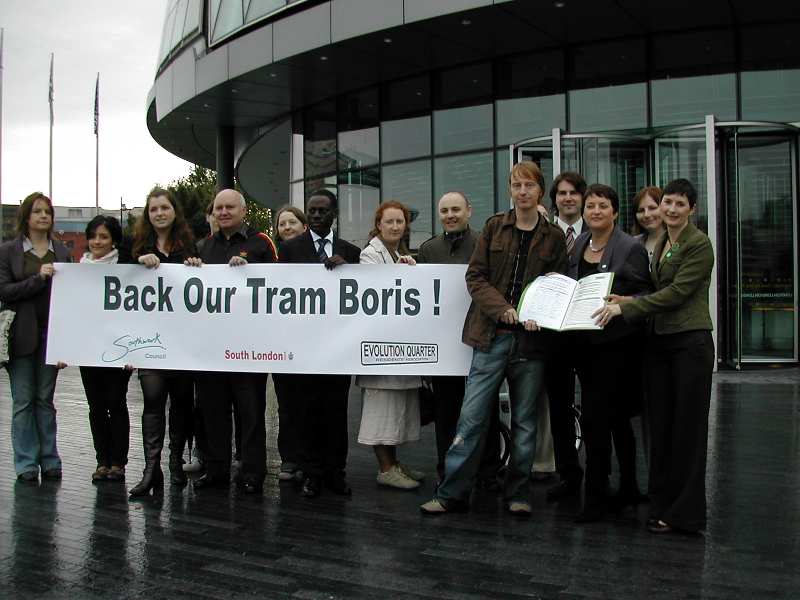 The campaigners, who brought with them a petition of support for the proposed north-south tram link, were met at their journey's end by Caroline Pidgeon AM, the Liberal Democrats' transport spokesperson.

Caroline Pidgeon, the transport spokesperson for the Liberal Democrat group at the London Assembly, says: "I'm delighted to see so much support for the Cross River Tram.

"Over a thousand people have signed a petition supporting the tram. I hope the Mayor starts to see the tram is a solution which will not only improve public transport in poorly served parts of south London, but will also ease overcrowding on the Northern line, will help inward business investment in the city and will provide an environmentally friendly and fast north-south route.

“There's a huge cost to London of not going ahead with the Cross River Tram. I hope the Mayor will genuinely listen to the case for the tram.”

The London Assembly's transport committee held a Cross River Tram seminar on Tuesday 9 September at City Hall and will be producing a report into the tram proposals, which will be presented to the full committee in October.