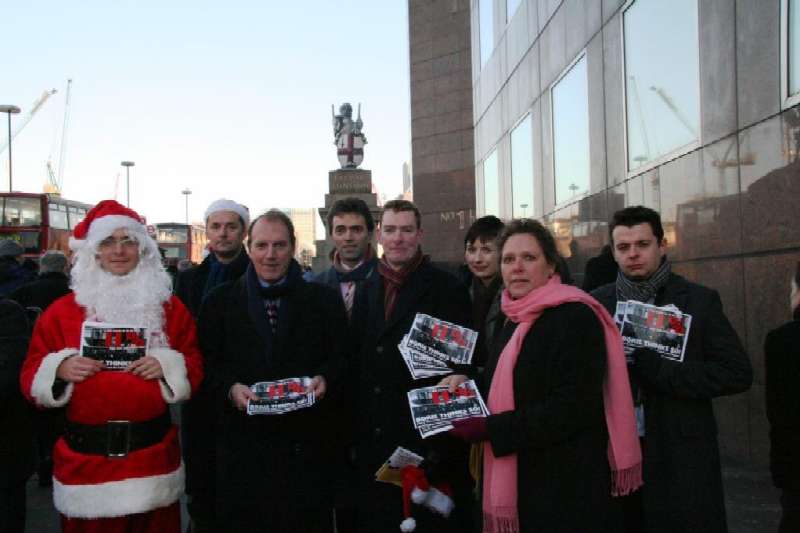 London Lib Dems were out in numbers this morning on London bridge to launch their campaign for a tube and bus fares freeze.

Father Christmas spread the festive news that Boris Johnson, London’s Mayor, is jacking up fare prices by an average of 6% in the New Year and in the case of some bus fares is increasing prices by a massive 11%.

Father Christmas also pointed out that he will find it too expensive to travel in future because of Boris’s above inflation guaranteed price increases for years to come.

“Fares on London's transport system continue to climb, making it one of, if not the, most expensive in the world. This is the worst Christmas present that Boris could give to Londoners” commented Tom Brake.

Caroline Pidgeon added, “It is not too late for the Mayor to do a u-turn. He can still bring some festive cheer to London’s struggling transport users and poorest families, by halting his outrageous fare increases.”

London Lib Dems are asking the Mayor to abandon the planned increases to help struggling families and commuters during the economic crisis. The freeze would be funded by making savings in Transport for London's budget and by extending charges for the most polluting cars. 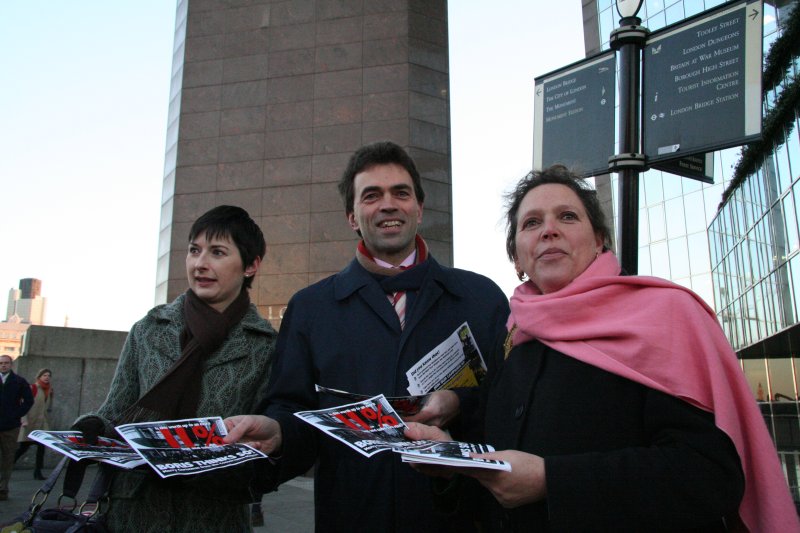