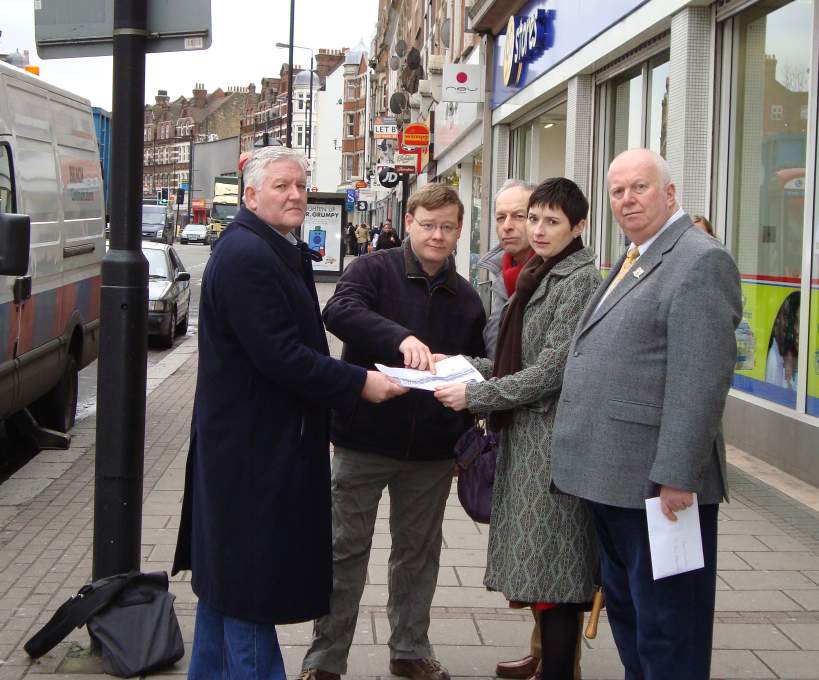 Traffic officers have been forced to do a last-minute rethink of plans for Streatham High Road following a protest by Liberal Democrat GLA member Caroline Pidgeon, supported by local Liberal Democrat councillors.

With work due to begin on Monday, it emerged that a plan to improve conditions for pedestrians by widening the pavement is instead going to narrow the pavement and make it more crowded.

Following a site meeting this week with Caroline and Lib Dem ward councillors, officers from Transport for London agreed to look again at their proposals.

The scheme, to upgrade the stretch between the Odeon and Woodbourne Avenue (the former Post Office) is years behind schedule. Councillors were astonished to discover final drawings showing that the pavement would be narrowed at its busiest point outside the former Woolworths store.

Caroline demanded that the engineers take the plans away and revise the scheme - and, if construction work has to start on Monday, that it starts on the other, southbound side of the High Road, between Gracefield Gardens and the Odeon.

"These plans are ludicrous," said Caroline. "After Streatham residents have waited so long for the road to be improved, it is ridiculous that a scheme intended to improve conditions for shoppers and everybody on foot actually ends up making the busy pavement more cramped. I am insisting that TfL change this scheme."