Caroline took on the Mayor at Question Time over his support for the Silvertown road tunnel.

The Mayor talks about air pollution being a ‘public health emergency’, yet his policy of building a new road tunnel under the Thames will inevitably create more traffic and pollution.

The signalling on the Piccadilly Line needs to be upgraded and the Bakerloo line extended to Lewisham and beyond. Yet instead of prioritising these transport improvements the Mayor is choosing to spend £1 billion on a road tunnel.

His rhetoric on air pollution and climate change is not matched by his decision to build a new road tunnel in London.

Before the sesson, Caroline met local protesters against the tunnel to show her support. 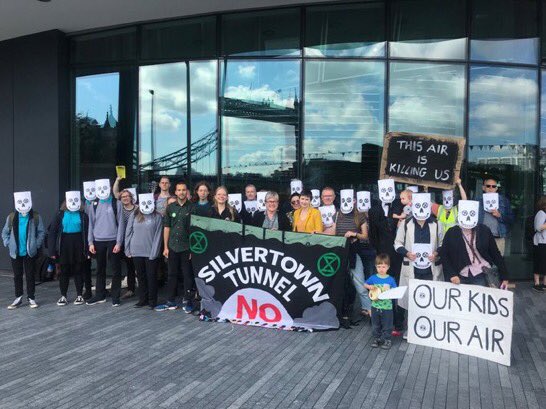