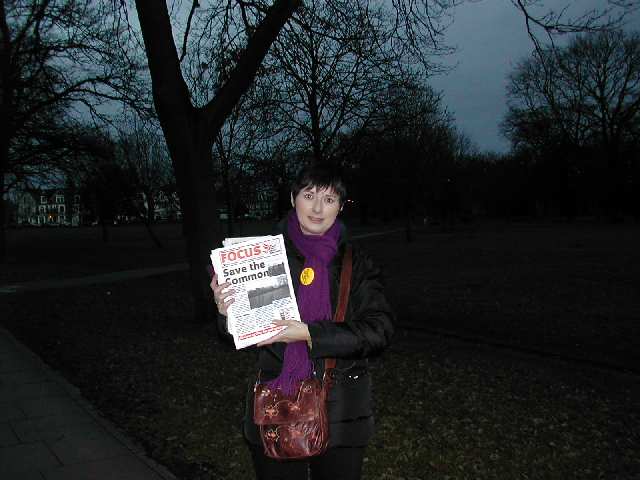 Streatham residents have been shocked by plans from Wandsworth Council to build up to 12 hard surface, fenced off, football pitches on Tooting Bec Common.

Wandsworth are proposing to tarmac over green open space by the railway line on the Common to build a private development of flood lit, all weather five-a-side football pitches. In addition the Triangle Playground on the Common by Cavendish Road still needs replacing.

“Wandsworth Council’s scheme will leave less green open space for local people, and does not consider the knock on implications of their plans for Lambeth residents, such as congestion and parking” said Caroline.