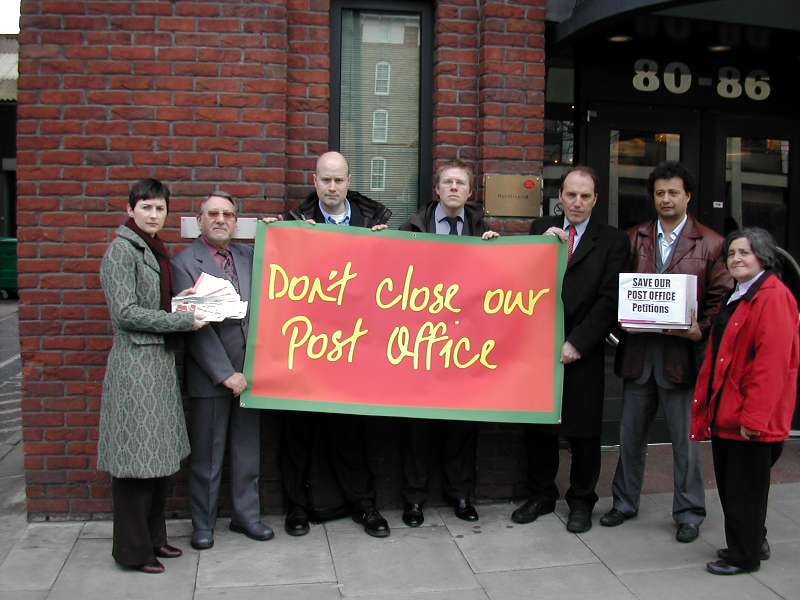 Lib Dem GLA candidate for Lambeth and Southwark, Cllr Caroline Pidgeon joined Simon Hughes MP and local councillors and campaigners at Post Office Ltd's HQ to hand in a petition signed by over 3,500 people against the planned closures of local branches in the two boroughs.

Commenting, Caroline said:
"The support from local residents for our local post offices has been overwhelming and shows the central role that these branches play in the lives of people in both Lambeth and Southwark.