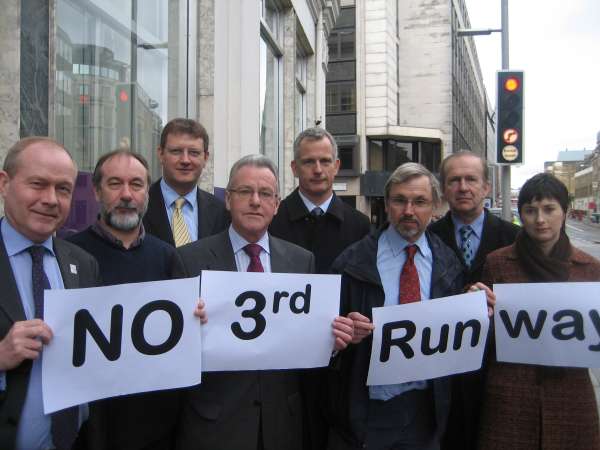 The 2M Group is an alliance of local authorities concerned at the environmental impact of Heathrow expansion on their communities. Members are not anti-Heathrow but feel passionately that the Government consistently fails to either acknowledge or assess the airport's full environmental impact. Liberal Democrat-run Sutton, Richmond, Kingston, Islington, Southwark, Camden and Brent have all pledged support to the campaign.

Cllr Sean Brennan, Leader of Sutton Council and Leader of the Liberal Democrats on London Councils said: "Residents all across London are affected by Heathrow, either as near neighbours or because new flight paths are causing noise and disruption. It is excellent news that Liberal Democrats in London are working together on this issue. The government's three-month consultation has been too short to allow for a real assessment of the environmental and social impact of the third runway, and not allowed Councils the chance to get views from the residents and businesses who will be affected."

Caroline Pidgeon, Lib Dem London Assembly candidate for Lambeth and Southwark, added: "A further expansion of Heathrow would have major impacts on the environment and on residents right across London. The government's policy of proceeding recklessly, and rushing this through without thorough consultation and analysis, means that millions of voices will not be heard."

There are five ways in which the expansion plans would affect London: