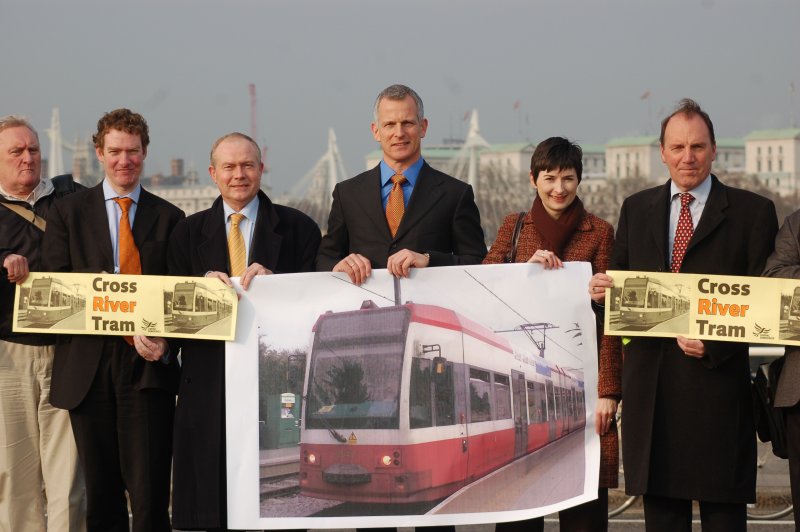 The planned tram route was to originally connect Camden in the north to Lambeth and Southwark in the south offering much better transport connections for areas such as Camberwell, Peckham and Brixton. However, Ken Livingstone has so far failed to prioritise the scheme in his transport budget and is arguing that the tram should only be built south of the river to begin with.

The Liberal Democrats are committed to delivering the tram as a priority in full and to building an additional ultra light rail tramway between Waterloo and Deptford via the Elephant and Castle.

Commenting, Cllr Pidgeon said:
"Ken Livingstone's failure to prioritise the cross river tram is a slap in the face to residents both north and south of the river. For too long, local people in Lambeth and Southwark have been let down by poor public transport.

"The Mayor is making matters worse by proposing to only build the southern section to begin with, making a mockery of a 'cross river' tram.

"The first transport priority of a Lib Dem mayor and of Lib Dem GLA members will be to reverse the transport neglect by the current mayor and get on and build the cross river tram that local residents want and deserve."