The BBC report on their website that written questions from Lib Dem London Assembly leader Caroline Pidgeon forced the Mayor to admit that TfL has paid celebrities £5,000 each for 10-second appearances in videos to promote the cycle hire scheme.

It is scandalous that the Mayor is splashing out our money on frivolous celebrity videos, paying them £500 a second, when Londoners are facing huge hikes in fares.

The Mayor needs to get a grip.

The Richmond and Twickenham Times, whose campaign for accessible transport Caroline Pidgeon supports, reports that Transport for London bosses are refusing to meet local campaigner Clare Watson, who uses a wheelchair and has been repeatedly denied access to buses.

Caroline will be pressing the Mayor once again to meet with disabled transport users in the Borough.

Caroline joined members of Transport for All outside City Hall on Wednesday 8th September as they protested against the proposed cuts to staff at tube stations. The Mayor is looking to reduce ticket office opening hours by around 7500 hours every week across the capital, and up to 800 staff may lose their jobs.

“For many people with disabilities and those with other mobility issues, the idea of reduced staffing at stations is simply unacceptable. The suggestion that machines can substitute someone in a ticket office when, for example, you might have a problem with your Oyster card, or need a boundary ticket, is just wrong. I am very supportive of flexible staff who can be out in the ticket hall helping passengers and then go into the ticket office to issue a ticket and help with fares advice as needed. The Mayor and TfL need to rethink their plans now” commented Caroline Pidgeon AM.

Caroline Pidgeon, Leader of the Liberal Democrat London Assembly Group, commenting on the decision by Conservative Assembly Members to once again walk out of the chamber at City Hall and prevent important items being debated by the London Assembly today, said:

"It is shameful that the London Assembly has today been prevented from debating key issues including the threat to people living in homes owned by the Crown Estates and the planned reduction in opening hours at tube ticket offices. These are bread and butter issue for Londoners and the London Assembly is here to make sure London's voice is heard.

"This disgraceful behaviour by Conservative London Assembly Members is an insult to the democratic process.”

Through questions to the Mayor in the London Assembly, Liberal Democrat Caroline Pidgeon AM has revealed that around a third of the capital’s worst bus routes run through Brent.

The 220, 452 and 228 all fell within the ten worst performing routes in London, according to independent watchdog TravelWatch. The service on the 228 was singled out for particular concern by the Chair of London Travelwatch. 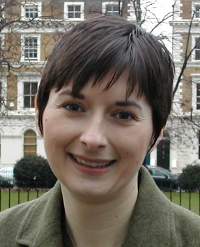 The Mayor has declared his intention to make 2011 the ‘year of walking’ and allocated millions of pounds to the cause, but will his proposals see more Londoners making their journeys on foot?

Caroline Pidgeon AM will lead an investigation on behalf of the Assembly’s Transport Committee to assess the effectiveness of current plans to get people walking and look at what more could be done.

Almost a quarter of all journeys in the capital are made on foot – nearly 6 million trips every day – making up nearly a third of the total time Londoners spend travelling. The Mayor’s Transport Strategy states that he wants to see the share of all journeys made on foot increase to 25 per cent by 2031 – an extra million journeys a day.

To help meet this target, the Mayor and Transport for London have allocated over £200 million over the next three years to ‘Better Streets’ - which includes schemes ranging from de-cluttering streets to pedestrianisation - and ‘Better Green and Water Spaces’ to improve access to London’s parks, rivers and canals.

Caroline Pidgeon AM said:
“The Mayor wants 2011 to be the ‘year of walking’ but to encourage more Londoners to make their journeys on foot he will have to carefully tailor his proposals and investment.

Caroline Pidgeon, the Liberal Democrat group leader in the London Assembly, has criticised Conservative Assembly members for staging a walkout from the Assembly in order to prevent a vote against heavy cuts in ticket office services at London Underground stations. 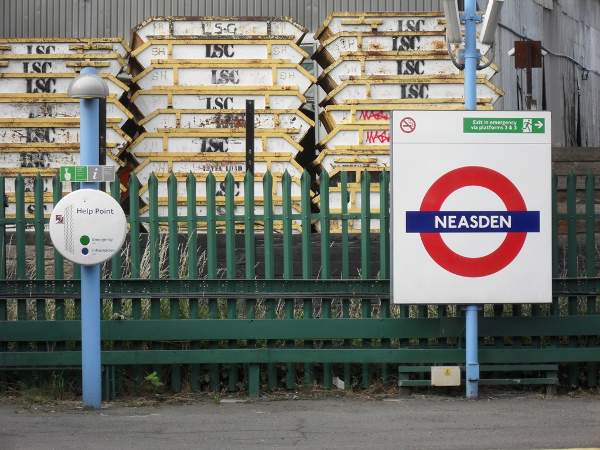 Caroline Pidgeon, Lib Dem leader in the London Assembly, has joined Brent Lib Dem councillors in criticising Transport for London's waste of £8,000 installing Help Points at Neasden tube station - and never putting them into use for passengers.

The Mayor recently confirmed in answer to a question from Caroline that Neasden is the only tube station to have had Help Points fitted which are then not used. He also confirmed that "on average the cost is £4,000 for the unit. The two disused Help Points at Neasden could have cost around £8,000 of taxpayers’ money.

The national Public Accounts Committee found that £410 million had been wasted by the former Labour Government by failing to properly risk manage of having various parts of the management of the Tube leased to the private sector on 30-year leases.

The charity TAMBA (Twins and Multiple Births Association) has an article in its newsletter Multiple Matters, highlighting a question Caroline Pidgeon asked the Mayor on behalf of parents of twins:

Caroline Pidgeon:What instructions are bus drivers given about permitting buggies for twins to be taken on board London buses and for them to use the space for wheelchairs – as it is reported that many drivers are refusing to take such buggies until they are folded?

The Mayor:TfL advises drivers that passengers with double buggies can board by the centre doors, as it is too difficult for them to get on at the front. Passengers must ask the drivers permission first and show their ticket/pass or touch their Oyster card on the reader. Single buggies must board by the front door only. There may be occasions when it is necessary for a driver to ask a passenger with a buggy to fold it – for example if the bay is already occupied by another buggy or is required by a wheelchair user. Please forward any reports of drivers not allowing double buggies on board to TfL.

You can read the full article here.

The London Bikers website has a story on the questions Caroline has asked the Mayor about parking charges for motorbikes, and TfL's trial allowing motorcyclists to use bus lanes.

Caroline Pidgeon:
"What do you personally think about Westminster Council’s parking charges for motorcycles?"

Answer from the Mayor:
"My particular concern is about central London traffic congestion arising from recent demonstrations by motorcyclists congregating at Trafalgar Square. I would like to see the dispute resolved through common ground being found between WCC and motorcyclists around the operation of parking schemes in Westminster."