Local Shepherd's Bush blogger Chris Underwood covers Caroline Pidgeon's questions to the Mayor on the unsafe and defective work that Transport for London commissioned at Shepherd's Bush Market, which is sited on TfL-owned land.

The Evening Standard today quotes Caroline Pidgeon's criticism of the £6m that Transport for London under Boris Johnson has paid out in redundancy money to senior staff:

When TfL are facing such difficult financial challenges it is incredible that they are offering such generous redundancy payments to senior staff.

Making redundancies is never easy but such incredibly large pay-offs are neither justified or necessary.

Extending Tube opening hours across the whole underground on Friday and Saturday nights was one of the most high-profile promises that Boris Johnson made to Londoners to secure his election. Yet so far he has not added a minute to the opening hours of even one line. 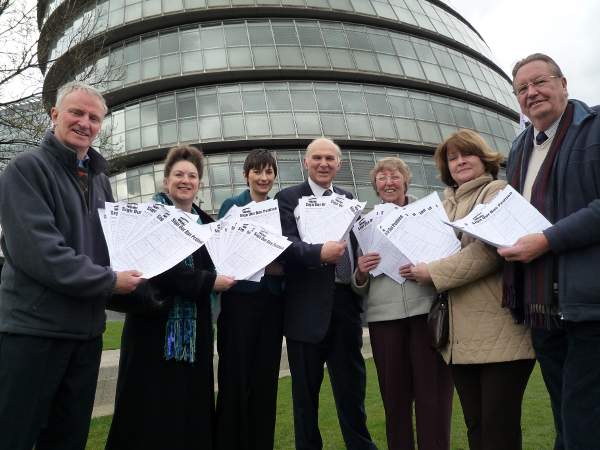 Caroline Pidgeon is backing a campaign by Vince Cable MP to reroute the 110 bus route through Whitton. Caroline has already received a huge petition of over 2000 signatures from local residents which she will present at Mayor's Question Time in May. In the meantime, she has also written to the Mayor urging him to consider extending the bus route.

Vince Cable has also this week met a delegation from Transport for London to persuade them of the case for the extended bus route.

The London SE1 website has an article on the calls by Simon Hughes MP and Caroline Pidgeon AM for the subway at Bricklayers Arms to be closed down, following recent muggings in the underpasses. 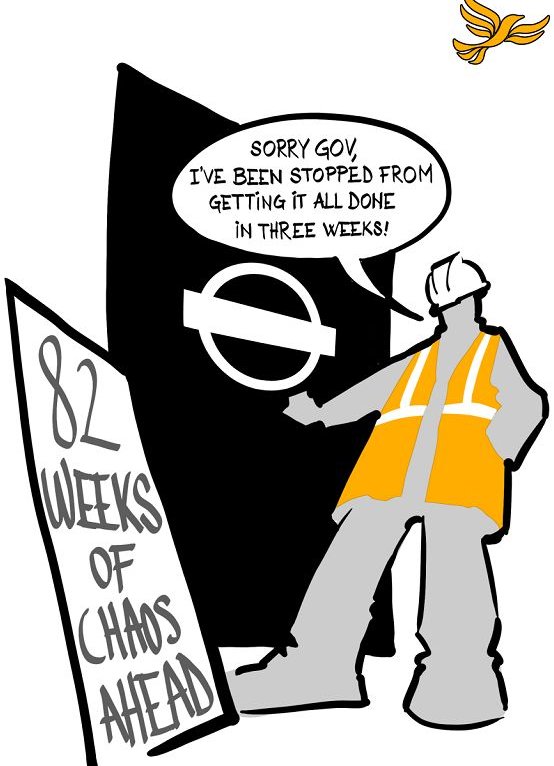 Caroline Pidgeon, Lib Dem chair of the London Assembly's Transport Committee, has proposed a five-point plan to get the Northern line upgrade completed with the minimum possible disruption to residents and businesses who rely on the line.

In a letter to Ed Fordham, the Lib Dem parliamentary candidate for Hampstead and Kilburn, Caroline makes these proposals:

Liberal Democrat London Assembly Member Caroline Pidgeon and Councillor Ed Butcher, Lib Dem Fire Leader, walked out of today’s budget meeting of the London Fire and Emergency Planning Authority (LFEPA). This was in protest at the decision of the Tories prohibiting the filming of the disgraced Councillor, Bertha Joseph, who was present and voting for the half billion pound budget.

Caroline Pidgeon commented:
“The Tories want to hide their shameful secret from the public that today’s Budget was passed due to the support of Councillor Joseph – someone who has been found guilty of serious wrongdoing and is unable to act as a councillor in her own borough.

“This is simply wrong and the Liberal Democrats want no part of this. It brings the Authority and the Mayor into disrepute.

“It is time that the Mayor took decisive action and sacked Bertha Joseph.”

The Mayor has been urged to deliver on his pledge to Londoners to extend the tube’s opening hours on Friday and Saturday nights, starting with the Jubilee Line, at today’s Mayor’s Question Time (Wednesday 17th March).

Caroline Pidgeon, the Liberal Democrat London Assembly Transport Spokesperson, reminded the Mayor of his specific election pledge to extend the opening hours of the whole tube network for one hour later on both Friday and Saturday nights.

Speaking after her question to the Mayor she said:
“The Mayor was elected promising to extend the opening hours of the whole tube network. It is now time he honoured his pledge, starting with the Jubilee Line, where the upgrade works be completed this year.

“Everyone who uses this line has already faced months of inconvenience and many traders that rely on weekend and evening business have been hit for six. If there is one line that deserves to benefit from longer hours it must be the Jubilee Line.

Caroline Pidgeon's questioning of the mayor has revealed that almost half of the capital's worst bus routes run through Brent.

The 79, 114, 226 and 228 – all of which run through Brent – all fell within the ten worst performing routes in London, Boris Johnson admitted in a written answer to Caroline.

The routes were identified based on the length of time people have to wait over and above the published, expected frequency of service.

Caroline Pidgeon, the Liberal Democrat London Assembly Transport Spokesperson, commenting on the Mayor’s statement on BBC’s Question Time that he has no plans to build an airport in the Thames Estuary:

“No attempt at spinning by the Mayor’s office can explain away the totally contradictory statements that the Mayor has made over the Thames Estuary Airport in the last 18 months.